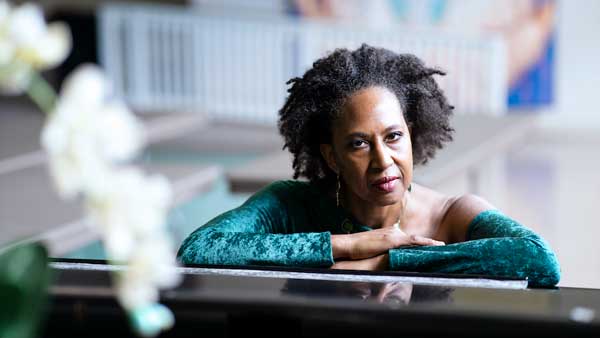 Presenting AfroClassical Composers mission is to increase knowledge and appreciation of legacy and living composers of the African Diaspora through live performances of their compositions, interpreted by culturally diverse musicians and framed by interdisciplinary community conversations.

Michael Ligon, the Artistic Director, is bringing together culturally diverse musicians and conductors who reflect LA County’s demographics and best talent to offer a series of live performances of curated orchestral, solo and ensemble works, at venues around LA County. Performances present classical music by both female and male composers (legacy and living) of the African Diaspora, including those from Canada, Guadeloupe, Brazil, France, Guinea, the U.S., Nigeria and England.

Each performance will be framed by performers and expert panelists from Music, Ethnomusicology, Architecture, Visual Arts, Dance, Literature, Sociology, History or other complementary disciplines, enabling audiences to discuss the social context, and broad historical and cultural influences on featured compositions and composers.

The project was launched in 2018 by Ligon, as a series of monthly Sunday Salons, in tribute to and following the death of Dr. George Walker, the Pulitzer Prize-winning composer and mentor to Mr. Ligon. The monthly gatherings set the stage for expansion on larger scale community conversations and live performances of works by composers of the African Diaspora.

Presenting AfroClassical Composers helps counter the erroneous perception that classical music involves only European composers – A study by the League of American Orchestras indicated that Black composers’ works are included in less than 1% of the top 10 compositions performed in subscription programming!

Another issue is the absence or lack of culturally inclusive studies at schools and universities. A pre-COVID/Pre-George Floyd online review of university and schools of music curricula in LA County shows that they often exclude composers of the African Diaspora. Consequently, many music and liberal arts students at universities, schools of music and conservatories are hard pressed to name only one or two (if any) classical composers of the African Diaspora, but can easily name, from memory, some five Russian composers.

Excluding such diversity creates limitations in jobs, careers and livelihoods of Black classical musicians and composers. Less than 2% of musicians employed by major symphony orchestras are Black, according to a League of American Orchestras study. Visual observation reveals similar employment stats reflected in the Los Angeles Philharmonic and Los Angeles Chamber Orchestras. The pit orchestra of Long Beach Opera during performances of the 2020 Pulitzer-winning opera Central Park Five, reflects similar lack of cultural/racial diversity among its musicians.

Presenting AfroClassical Composers is unique in that its events feature performances of excerpts and sections of curated compositions, rather than performances of them in their entirety. This offers listeners a much wider range of repertoire and composers, while providing more cultural context than do conventional performances of entire compositions. Printed programs provide listeners with information for expanded discovery and learning after, and inspired by the presentation.

All performances are framed by interdisciplinary discussions with expert panelists, concluding with interactive, community/audience discussion (talkbacks). The organization focuses on works by accomplished composers of the African Diaspora that prior to George Floyd’s death, were rarely included in subscription concerts by similar organizations who receive public funding from LA County (like the Los Angeles Philharmonic, Los Angeles Opera and Los Angeles Chamber Orchestra).

Future musicians who neither see themselves in orchestras nor hear works by diverse composers – including those of the African Diaspora – experience a form of perceived exclusion, perpetuating a general and often unspoken conclusion that they don’t belong in those organizations. Inversely, Afro-Latina conductor Kalena Bovell reflects in a YouTube interview for Sewanee Summer Music Festival, her surprise in learning that at a school she visited repeatedly, a young boy stood behind her regularly mimicking her conducting motions. He saw himself in her actions and her presence.

Mr. Ligon notes, “The current absence of cultural representation and diversity in performances offered to young musicians and composers often implies an erroneous conclusion that Black musicians and composers perceived value in those roles is diminished.” Adding, “Presenting AfroClassical Composers offers exciting programs with accomplished musicians performing the works of African Diaspora classical composers, with experts discussing their impact to bring these important composers and their brilliant work to life for current and future generations of classical music lovers to appreciate, understand, and enjoy.”