This is the First True Digital Carbon Credit, Through its MCO2 Tokens 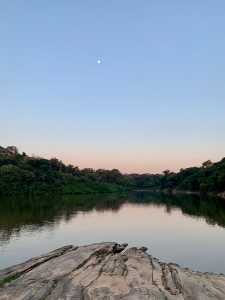 Moonrise over the Amazon

São Paulo, Brazil – April 1, 2020 – MOSS, the world’s largest environmental platform, has taken an important step towards making carbon credits accessible to millions of people. Today, it begins offering its carbon token, MCO2, through token sales platform ProBit, an Exchange that ranks among the top three in the world in web traffic. The pre-sale to ProBit subscribers launching now offers benefits, such as a 10% bonus on the purchase of MCO2, which until April 7 when the sale will open wider and tokens will be sold for $15.00. This is the first time that Probit opens its platform for the sale of carbon credits.

The partnership between Moss and Probit allows more people to contribute to the neutralization of carbon emissions and environmental protection projects that are partners of MOSS, but also allows access to an asset with high global demand. Last year alone, the supply of quality carbon credits was less than demand and, according to a survey by Taskforce on Scaling Voluntary Carbon Markets (TSVCM) – a group composed of more than 40 leaders from six continents with experience in the carbon market – and the Mckinsey consultancy, it is possible that the size of the carbon credit market will exceed $50 billion in 2030. In addition, several global institutions such as the European Central Bank, the IMF (International Monetary Fund), the World Bank, and the London School of Economics point out that the price of one carbon credit is expected to rise above $100 in the coming years.

A carbon credit is an immaterial asset that is equivalent to avoiding the emission of 1 ton of CO2 (carbon dioxide) in a given year through forest conservation projects, reforestation of devastated areas, clean energy, biomass, among others. The MCO2 Token is already listed on platforms such as Bitcoin Market and FlowBTC. In a year of existence, Moss and its customers have already sent over 13 million dollars to the Amazon, which served to preserve 780 million trees.

The projects that Moss is spearheading include Agrocortex that benefits the Brazilian rainforest city of Manoel Urbano with the work of sustainable management, generating jobs, and significantly reducing deforestation in that region in a sustainable way; the Fortaleza Ituxi project an initiative that aims to protect forests located in one of the most affected regions of the Amazon with actions aimed at the sustainability of the area in the fight against burning and deforestation; and the Amazon Rio 1 project has as a main objective the preservation of the forest for the riverside population who live and work in the preservation of subsistence culture and management of the production of chestnut, flour, and açaí.

About MOSS and the MCO2 Token
Moss is the largest environmental platform in the world. With global operations and headquartered in Brazil, it started operating in early 2020, when it launched the first carbon credit-backed token, MCO2, used to offset carbon footprints. MCO2 is audited by international institutions and registered with Verra, a foundation that regulates the global registration of voluntary credits, following a strict global protocol.

About Probit Exchange
ProBit Exchange is a top 20 global cryptocurrency exchange in real daily trading volume that has successfully completed more than 200 rounds of IEO. The broker also has more than 900 trading pairs – one of the highest in the market.

Join our active programs and get a multitude of benefits!
Trading fee discount: Buy PROB, pay trading fees with PROB & get values as low as 0.03% on trading fees.
Trade Mining: Stake 100,000 PROB and recover 100% of PROB trading fees when trading BTC, ETH and XRP.
Stake Mining: Stake PROB and earn PROB at a rate of 4% per year
Referral Program: Earn 10-30% of trading fees for referring friends to the ProBit Exchange.