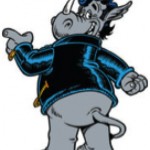 Sure to recapture some of its original glory, Rhino Records, the legendary Westwood storefront that provided music lovers with a place to commune, find great deals, and hear rising music stars from 1973 to 2005, is popping up again just blocks from the original location from May 27 to June 12, 2011 at 10952 Santa Monica Blvd., Los Angeles, CA 90025, to raise funds for The Recording Academy’s popular music community services charity MusiCares.

This year’s Rhino Pop Up Store events lineup is currently as follows, with more shows to be added. All of the shows start at 8pm on weeknights and 6pm on weekends unless otherwise noted:

Stocked with the usual, the unusual and the even more unusual from the record collections of record geeks, nerds and fanatics, plus generous donations from top record labels and studios, the two-week plus event will raise money and reunite a community of music lovers, vinyl aficionados, and die hard record store fans. Customers will enjoy terrific bargains and an eclectic program of in-store performances.

Gary Stewart, the 2011 pop up store benefactor, former Rhino store employee and Rhino Records Senior VP of A&R noted, “Last year’s pop up store really brought me back to the experience of the LA music scene and the sense of community that it fosters. MusicCares has become an integral part of that, often coming to the rescue of music folk who find themselves on the wrong end of health issues and financial issues at the same time. They helpso many people who inspired us to work in this industry and without whom our careers wouldn’t even be possible.”

MusiCares provides a safety net of critical assistance for music people in times of need.  Their services and resources cover a wide range of financial, medical, and personal emergencies.  MusiCares also focuses the resources and attention of the music industry on human service issues that directly impact the health and welfare of the music community.

The pop up store will be open from May 27 through June 12, 2011. For 2010 highlights and updates for 2011 visit http://www.facebook.com/RhinoRecordsPopUp. Those who are interested in donating vinyl, CDs, DVDs, pop culture collectibles, signed items, photographs or art, or participating in any way should contact Rhino Pop Up Producer, Cinnamon Muhlbauer at 310-457-6512 or cinnamon.muhlbauer@gmail.com.